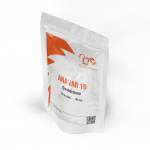 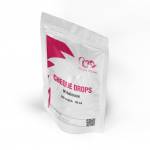 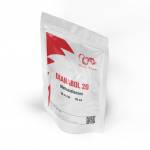 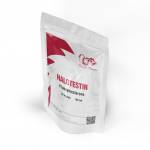 Superdrol (methasterone) a very powerful oral steroid, that was recently marketed as a prohormone (wrongly).

Superdrol is is not suitable for beginners, due to it being very toxic; with some users describing it as the ‘oral equivalent of trenbolone‘.

Superdrol does not convert into estrogen, and thus doesn’t cause any water retention. Therefore, the mass users gain on superdrol is strictly lean, with the muscles appearing hard, instead of puffy/smooth.

Superdrol is arguably the best oral steroid for strength gains (with anadrol). It enhances strength so much, that users need to be careful of increasing the weight too much, too early on. Failing to be cautious of this can often lead to injury; and thus lifting as heavy as possible on superdrol is not recommended.

Superdrol may add 15lbs of lean muscle mass to users who cycle this oral for the first time. Because it doesn’t aromatize into estrogen, superdrol is considered a more aesthetic steroid, compared to anadrol or dianabol (enabling users to look dry and tight, instead of bloating up like a water balloon).

Anadrol (oxymetholone) is considered by users to be the best oral steroid for bulking up. Strength and mass gains on Anadrol are significant.

Strength gains on anadrol are also tremendous; rivaled by only one other oral steroid, being superdrol.

A 6 week cycle of anadrol can comfortably produce 30+lbs of weight gain. Roughly 60% of this will be muscle mass and the rest will be water.

Anadrol kicks in very fast, due to its short-ester structure; producing dramatic changes in muscle strength and hypertrophy within the 10 days. Anadrol also leaves the body quickly, with a half life as low as 8 hours.

Dianabol is a very popular oral steroid, made famous initially by legendary bodybuilders from the golden era.

Arnold Schwarzenegger are rumored to have taken dianabol tablets to build huge amounts of size and mass. Many users claim dianabol to almost be on a par with anadrol, in regards to muscle and strength gains; but with dbol causing less side effects.

Low doses of dianabol are sometimes used by beginners, in a dbol-only cycle, enabling them to experience huge increases in size. However, moderate to high doses are taken only by experienced steroid-users, with it being a fairly powerful compound.

Dianabol is a very similar steroid to anadrol, however it causes slightly less water retention; and doesn’t cause significant hair loss or acne (compared to a-drol).

Andriol, otherwise known as testosterone undecanoate, is the oral version of testosterone.

Testosterone is predominantly an injectable steroid, however some people decide to take it in pill form, for convenience (or fear of injecting).

Despite oral test doing everything injectable test can, it’s not very popular; due to oral test being extremely expensive.

Winstrol (stanozolol) is an oral steroid used for moderate increases in lean muscle.

Winstrol is not a bulking steroid, like anadrol, dianabol or test undecanoate; thus strength and size gains will be less. However, users will certainly become more muscular and ripped after taking stanozolol.

Instead, it is typically used in cutting cycles; to increase fat burning, whilst simultaneously building muscle.

This is a time when bodybuilders are at risk of losing muscle, thus taking winstrol during this time can alleviate any anxiety; enabling them to look forward to actually gaining some size when dieting.

Users can gain up to 10lbs of muscle on winstrol, however its ability to burn fat and increase muscle definition is superior compared to other steroids. This is due to winstrol being particularly androgenic.

Androgenic steroids are typically better at burning fat, because  androgen receptors play a crucial role in the reduction of adipose tissue mass.

Thus, winstrol should be regarded as the best oral steroid for burning fat.

Anavar (oxandrolone) is one of the safest steroids men and women can take. This is why, despite being an expensive compound, it’s in huge demand by both sexes.

Users typically do not report any notable side effects, yet can build up to 10lbs of muscle; whilst burning significant amounts of fat.

Anavar increases fat burning due to it stimulating T3 (Triiodothyronine), the thyroid hormone that spikes a user’s metabolism.

Anavar also increases muscle definition, due to it having diuretic properties; as it does not convert into estrogen. This creates a hard, dry and toned look; perfect when cutting or during beach season.

Women also don’t need to fear about turning into a man on anavar, as it rarely produces virilization effects. Masculine side effects only start to occur in females who take over 10mg per day or utilize long cycles (over 6 weeks).

Primobol is a very mild oral steroid, like anavar, which is used for fat loss and muscle retention when cutting.

Muscle and strength gains are thought to be mild, however because primo is a very tolerable steroid, it is relatively popular.

Arnold Schwarzenegger was thought to be using primobol when cutting and getting ripped for competitions.

Unfortunately, like andriol and anavar, primobol is very expensive and thus not as popular as cheaper cutting steroids, such as winstrol (despite primobol being safer).